Occupant Forces During a Sideswipe with a Tractor-Trailer 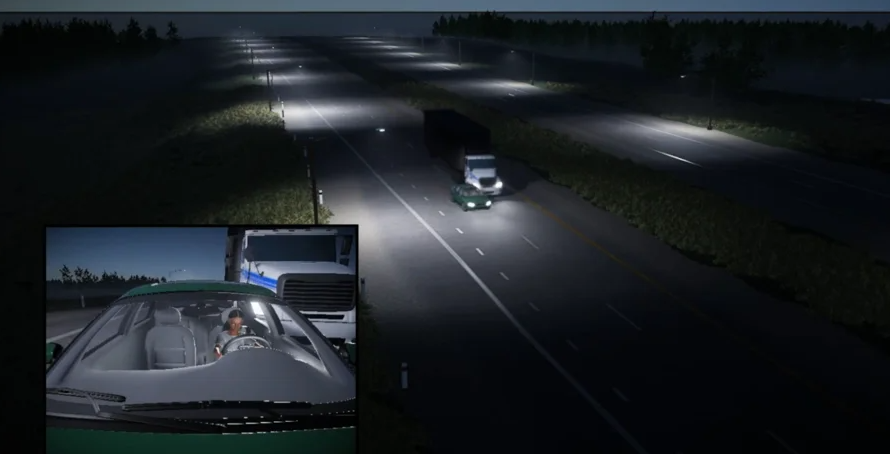 A tractor-trailer changed lanes into a merging passenger vehicle resulting in a sideswipe type of collision. Plaintiff alleged that the forces from the collision resulted in a intervertebral disc herniations to her lumbar and cervical spine.

Dr. Rundell prepared and provided a presentation for trial, but the case settled. Explico's clients were able to use the results of the analysis and the compelling visualizations to reach a favorable settlement.

Read More →
Biomechanical Analysis of Head and Neck Injury Risk from a Falling Object
A woman was shopping at a convenience store when an empty plastic storage bin fell from the top shelf and allegedly struck her on the head.
Read More →
Applying EDR Data to Accident Reconstruction
A small SUV and a sedan collided at an intersection along a rural highway at night.
Read More →
Closed Head Injury Assessment During a Tractor-Trailer Sideswipe Collision
The Plaintiff had slowed her vehicle considerably on a highway during a snowstorm with the intention of turning left.
Read More →
Comparing Forces on an Occupant From Different Motor Vehicle Collisions
An individual was involved in a relatively high-speed frontal collision two years prior to being rear-ended in a relatively low-speed collis
Read More →
Virtual Reality (VR) in the Courtroom
An individual over the age of 70 was walking through the interior of a 50-foot yacht for the first time.
Read More →
Biomechanics in the Operating Room
After performing laparoscopic surgery, a 30-year-old nurse claimed that his hand extensor tendon ruptured.
Read More →
Residential Rollover Investigation
A driver of an SUV, which rolled over on a residential street, claimed that she was traveling at the 25-mph speed limit.
Read More →
Determining the Driver in a Roll-Over Incident
A vehicle containing multiple extremely intoxicated individuals “t-boned” another vehicle resulting in multiple deaths.
Read More →
Using Infotainment Data for an Arson Investigation
An individual who was suspected of arson claimed that he had not been in the vicinity of the fire site.
Read More →
Seat Belt Misuse
The driver of a vehicle claimed that he was wearing his seat belt at the time of a collision.
Read More →
Camera Matching, Evidence Placement, and Court Testimony
An allegation was made that an automated sliding door caused an individual to fall.
Read More →
Injury Causation Analysis of a Low-Speed Rear-End Collision
The plaintiff was driving her vehicle and stopped at a stop sign with the intention of turning right.
Read More →
Determining Out-of-Position Occupant Kinematics Using 3D Scan Data and MADYMO
A woman was involved in a low-speed, rear-end collision while waiting to turn right onto a roadway.
Read More →
Trip-and-Fall Through Automatic Sliding Glass Doors
A woman fell when entering a department store, and the automatic sliding doors at the entrance closed on her.
Read More →
Garbage Truck Collision at Intersection with Unrelated ECM Data
A pickup truck was traveling at a cross street intersection and had the right-of-way when it was impacted by a garbage truck.
Read More →
Line-of-Sight for a Pedestrian and Bicyclist
Bicyclists passing a parked SUV on a residential street struck an eleven-year-old pedestrian as she was crossing the street.
Read More →
Evaluating Vibration Exposure and Lumbar Disc Injuries
A man who had been working for the railroad since 1970 claimed that he was exposed to years of repetitive, vibratory, stressful duties.
Read More →
Evaluating a Workplace Injury Using Camera Matching
A series of locomotives was stopped on a bridge traveling through a creek bed where a man had claimed to have fallen.
View AllView Less
back to case studies
Find the ideal expert today.