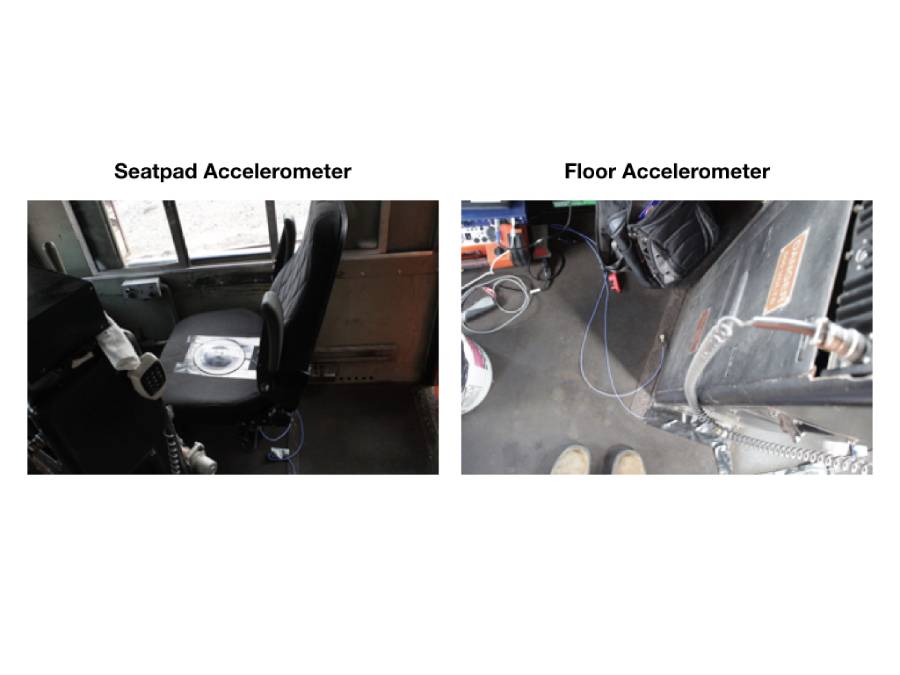 A man who had been working for the railroad since 1970 claimed that he was exposed to years of repetitive, vibratory, physically stressful, and ergonomically awkward job duties. Specifically, he had to sit for extended periods of time on locomotive seats that were "ergonomically awkward and unsafe" and exposed him to dangerous levels of whole-body vibration (WBV).He claimed that his diagnosed lumbar disc bulges were a result of these conditions.

Explico was retained to inspect the locomotive in question and measure the vibration exposure during two 8-hour shifts. Our team of experts conducted this in order to specifically determine if the vibration exposure fell within the health exposure guideline limits established by the International Organization for Standardization (ISO)2631-1 and ISO 2631 Part-5 (2004) standards. The purpose of testing against these standards was to determine the probability of an adverse health effect after a certain number of years of exposure or at a “lifetime” of exposure. As part of the inspection, our experts placed a seat pad accelerometer on the engineer’s seat and an additional accelerometer on the floor of the locomotive. The position and speed of the locomotive was also simultaneously recorded with a GPS sensor.

Our experts determined that the vibration the plaintiff experienced during his career as an engineer was below accepted thresholds established by the ISO. It was demonstrated that the level of vibration the plaintiff experienced during his career was safe from a biomechanics perspective. There is no scientific basis to conclude that the vibration exposure caused or contributed to his lumbar spine conditions. The case settled prior to going to trial.

Read More →
Biomechanical Analysis of Head and Neck Injury Risk from a Falling Object
A woman was shopping at a convenience store when an empty plastic storage bin fell from the top shelf and allegedly struck her on the head.
Read More →
Closed Head Injury Assessment During a Tractor-Trailer Sideswipe Collision
The Plaintiff had slowed her vehicle considerably on a highway during a snowstorm with the intention of turning left.
Read More →
Occupant Forces During a Sideswipe with a Tractor-Trailer
A tractor-trailer changed lanes into a merging passenger vehicle resulting in a sideswipe type of collision.
Read More →
Comparing Forces on an Occupant From Different Motor Vehicle Collisions
An individual was involved in a relatively high-speed frontal collision two years prior to being rear-ended in a relatively low-speed collis
Read More →
Virtual Reality (VR) in the Courtroom
An individual over the age of 70 was walking through the interior of a 50-foot yacht for the first time.
Read More →
Biomechanics in the Operating Room
After performing laparoscopic surgery, a 30-year-old nurse claimed that his hand extensor tendon ruptured.
Read More →
Determining the Driver in a Roll-Over Incident
A vehicle containing multiple extremely intoxicated individuals “t-boned” another vehicle resulting in multiple deaths.
Read More →
Seat Belt Misuse
The driver of a vehicle claimed that he was wearing his seat belt at the time of a collision.
Read More →
Camera Matching, Evidence Placement, and Court Testimony
An allegation was made that an automated sliding door caused an individual to fall.
Read More →
Injury Causation Analysis of a Low-Speed Rear-End Collision
The plaintiff was driving her vehicle and stopped at a stop sign with the intention of turning right.
Read More →
Determining Out-of-Position Occupant Kinematics Using 3D Scan Data and MADYMO
A woman was involved in a low-speed, rear-end collision while waiting to turn right onto a roadway.
Read More →
Trip-and-Fall Through Automatic Sliding Glass Doors
A woman fell when entering a department store, and the automatic sliding doors at the entrance closed on her.
Read More →
Garbage Truck Collision at Intersection with Unrelated ECM Data
A pickup truck was traveling at a cross street intersection and had the right-of-way when it was impacted by a garbage truck.
Read More →
Line-of-Sight for a Pedestrian and Bicyclist
Bicyclists passing a parked SUV on a residential street struck an eleven-year-old pedestrian as she was crossing the street.
Read More →
Evaluating a Workplace Injury Using Camera Matching
A series of locomotives was stopped on a bridge traveling through a creek bed where a man had claimed to have fallen.
View AllView Less
back to case studies
Find the ideal expert today.