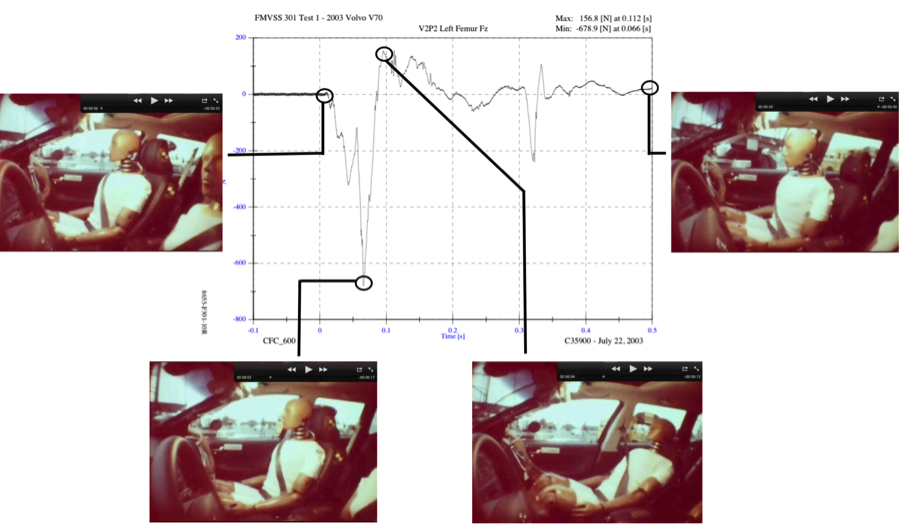 Injury potential to the neck has been studied extensively for rear-end impacts. The capacity for injury to other body regions, such as the lower extremities, has not been previously explored. The objective of the current study was to characterize the forces and motions experienced in the lower extremities during moderate-to-high speed rear-end impacts.

Three consistent events were identified during each test, in the following sequence; 1. initial compressive femur force, 2. secondary tensile femur force, and 3. rearward pelvis acceleration peak. In addition to pelvic contact with the seatback, in some cases the loading in the femur was influenced by contact between the seat pan and the back of the tibia just below the knee. The larger, male occupants experienced higher magnitudes of femur compression as the vehicle was impacted from the rear. The smaller, female occupants experienced predominately femur tension. Pelvic acceleration data corroborated these findings. Femur forces were consistent between both legs, indicating that there was little torsion applied to ATDs during the rear-end crash tests.