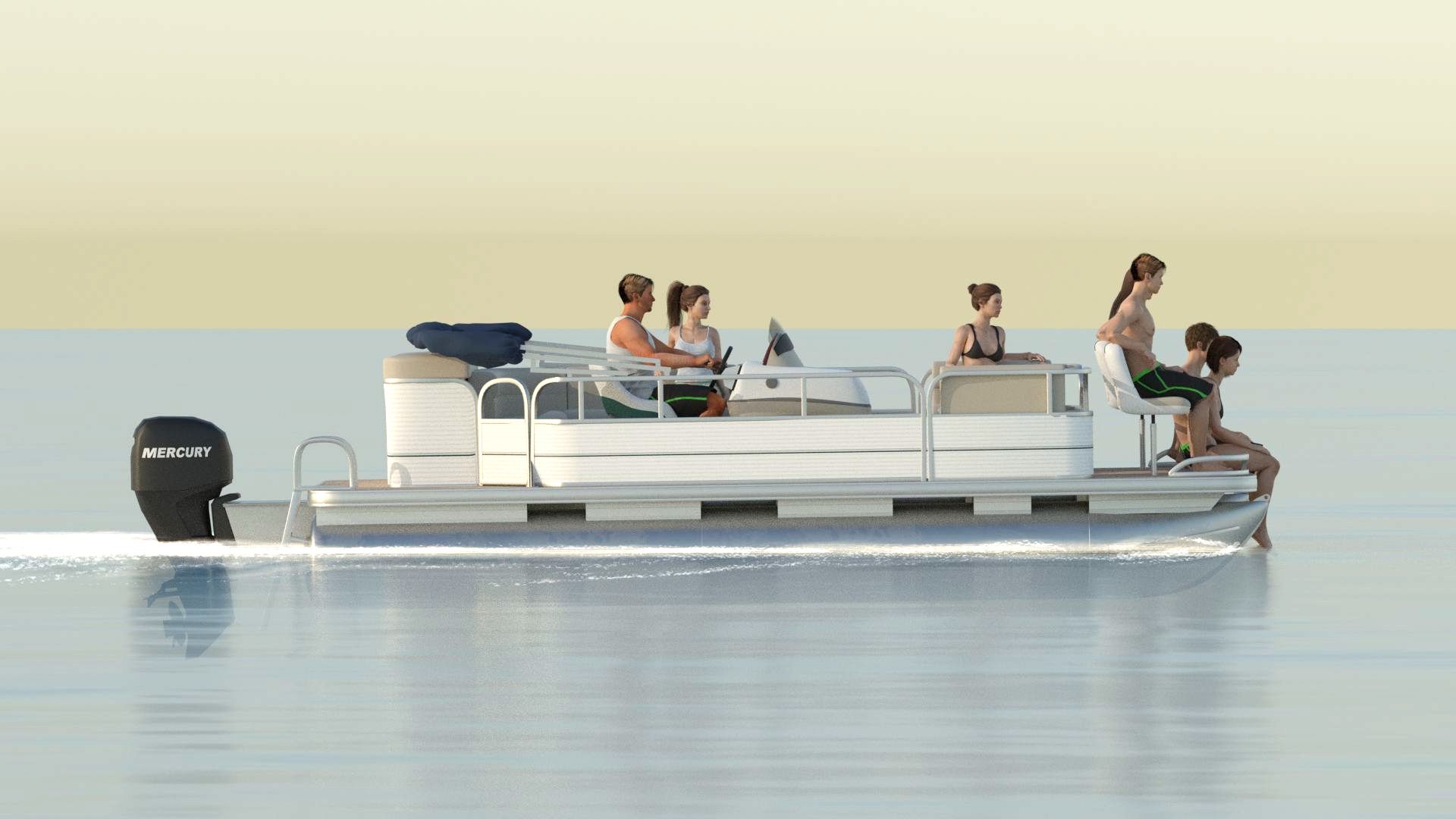 A passenger aboard a pontoon boat fell off the front of the vessel while it was underway and was subsequently struck by the propeller, causing a fatality. The operator was aware prior to the event that it was inappropriate to have passengers occupying the forward deck in front of the guard rail while the boat was underway. The vessel’s design and warnings were scrutinized as part of this case.

The subject boat was then tested to characterize its performance and vessel dynamics through a range of throttle positions while loaded to match the loading at the time of the subject incident.

The testing and the 3D model of the vessel were used along with witness testimony to determine the vessel’s speed at the time of the subject incident, as well as the operator’s visibility from the helm in the moments prior to the incident. The subject boat was determined to have been traveling between 8-10 mph (at approximately 3000 rpm) at the time of the incident. The pitch of the boat at this speed was consistent with the testimony that the persons dangling their feet overboard were not touching the water with their toes.

In addition, the warning labels available on the subject vessel were assessed, both at the helm seat and at the forward gate.

A thorough analysis of the subject vessel as well as a comprehensive understanding of accident reconstruction, the United States CoastGuard Code of Federal Regulations, American Boat and Yacht Council standards, and Warning Label requirements revealed:

1)   The subject boat was properly designed for safe operation and was compliant with each aspect of the relevant industry standards.

2)   The subject vessel’s on-product warnings and owner’s manual provided sufficient information for safe operation. If the instructions contained within the owner’s manual, or the warning labels on the vessel had been followed by the operator, the subject incident would not have occurred.

3)   The visibility from the helm was compliant with the industry standards. The design and function of the subject vessel was such that occupants in proper seating positions would not obstruct the operator’s visibility.However, the operator’s visibility was such that occupants on the forward deck both obstructed visibility and were clearly visible from the helm. The occupants’ presence on the forward deck while underway is illegal and warned against.