Understanding Key Vehicle Safety Components and How to Maximize Their Effectiveness 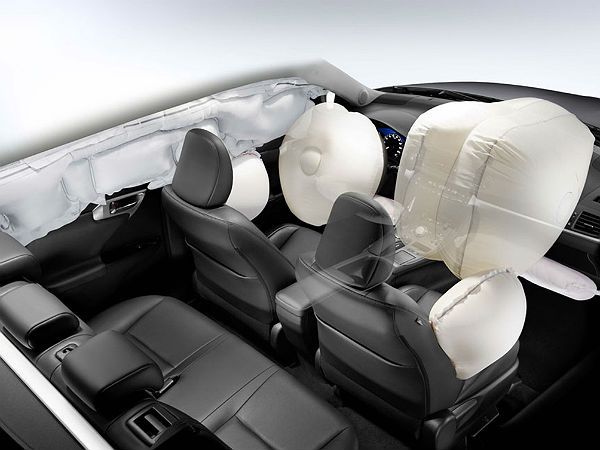 I spend the majority of my day figuring out how people are injured during motor vehicle collisions. Consequently, I’ve come to appreciate many vehicle safety technologies. Most of us are familiar with the most common of these systems: for example, seat belts and airbags. It is easy to take them for granted, but have you ever stopped to ponder that some of these safety measures require that we, the vehicle occupants, use them correctly? In the context of motor vehicle safety, the occupant must do his or her part to extract the maximum benefit from the built-in vehicle safety systems. It is a responsibility that we all should take very seriously.

Seat belts are the most obvious example of the vehicle-occupant relationship. It should go without saying that seat belts are a good thing. In January 2022, the U.S. Department of Transportation published a report that showed that advancements in seat belt technology resulted in over 300,000 lives saved between 1960 and 2012.

Seat belt efficacy is the result of decades of engineering development and research. As your vehicle is moving down the road, your body is traveling at the same speed as your car. In engineering, we say your body has inertia – in other words, it will tend to keep moving unless acted upon by an external force. If your car were to suddenly hit a solid brick wall, and you were not wearing your seat belt, your body would continue moving forward until something stopped it. This could be the dashboard or the headliner or the steering wheel or the wall itself… or all of the above. These “secondary” impacts can cause your body to absorb the energy of the collision over a shorter time duration compared to what you would experience if you were belted. Velocity arrested over a shorter period of time equates to higher accelerations and an accompanying increase in injury risk. The seat belt helps to manage the body’s inertia over a longer period of time and over a longer distance, which reduces the acceleration experienced by the body and decreases injury risk. Your seat belt couples you to the vehicle so that the energy-absorbing structures of the car, rather than your body, can dissipate the impact. It mitigates undesirable secondary impacts with internal and external structures.

There are key design elements in the seat belt itself that help reduce the forces imparted to the body. Three-point seat belts in modern vehicles have a lap portion and a shoulder portion. This configuration is not by chance. The belts are designed to distribute collision forces across the strongest parts of your body. When seated properly, the lap belt lies over the bony protuberances of the pelvis. The shoulder belt interacts with the sternum, which is a hard bony plate in the center of your chest. It also passes over the clavicle, which connects your rib cage to your shoulder.

Seat belts are extremely important, but how do we properly take full advantage of their safety benefits? This is where our responsibilities as vehicle operators and passengers come into play. Did you know that your vehicle’s owner manual likely contains a section on how to safely use the seat belt system? Here is an excerpt from my own car’s manual:

The manufacturer recommends that you sit up straight and always keep your feet on the floor in front of you. The lap belt should be low and snug across the hips, just touching the thighs. The shoulder belt should go over the shoulder and across the chest, and there should be no loose slack in the belt.

Any time we misuse a seat belt, we put ourselves at greater risk of injury.  Unfortunately, I have investigated and analyzed many cases where occupants put the shoulder belt behind their back (https://www.explico.com/case-studies/seat-belt-misuse). Returning to the concept of inertia, the lap belt will slow down the bottom half of the body, but the shoulder belt cannot restrain the top half of the body if it is routed behind the back. This improper restraint of the upper body exposes the head, neck, and torso to impacts with the vehicle interior. Another common misuse of a seat belt is to put the shoulder belt underneath the arm. This unfortunately redirects the collision forces to softer parts of the body that are more susceptible to injury. The smartest thing to do is to always follow the guidance in your owner’s manual and properly use the available seat belt.

Here is another issue that might surprise you: riding in a moving vehicle with your seatback reclined can prove hazardous. In the event of a collision, you could interact with the shoulder belt in an anatomical area that it was not designed for, such as the neck or head. Your pelvis could also slide underneath the lap belt, which can result in loading of the abdomen and spine. This is a condition referred to as submarining, and the outcomes can be life-altering. Again, your vehicle owner’s manual may contain guidance on this issue.

“Behind the Scenes” Seat Belt Features

If we uphold our responsibility and wear our seat belts the way they were designed to be used, our vehicles can step in with some very sophisticated features that work behind the scenes to further protect us. Have you ever heard of a seat belt pretensioner? These clever devices may go unnoticed, even after you’ve been in a crash. A pretensioner is a dynamic safety device that is part of your seat belt system, usually hidden from view. In the event of a substantial collision, the pretensioner can deploy in the early stages of the impact, even before your body begins to move. The pretensioner pulls on the belt to take up excess slack that may exist in the belt system. By doing so, there is a greater chance your body will be more closely coupled to the vehicle as it rides down the collision forces. Importantly, pretensioners are not intended to correct improper body positioning. They are not meant to return an out-of-position occupant to a normal upright seated position. Again, it is important to follow your vehicle’s owner’s manual instructions on how to safely sit inside the vehicle.

Another feature found in many modern seat belt systems is a load limiter. Sometimes, in higher-velocity crashes, the force of the seat belt interacting with the body may approach certain established injury thresholds. To mitigate these forces, engineers designed devices that limit the amount of force that the seat belt can apply to the body. Once the seat belt tension reaches a pre-determined threshold, the system will release additional belt webbing in a controlled manner to allow the body to “ride down” the collision forces over a longer time period.

Airbags as a Safety Feature

There are other safety features that further act to slow the body down and mitigate contact with in-vehicle and external surfaces. Just like a seat belt, an airbag is most effective when we, as occupants, do our part. The first and most important thing we can do is to wear our seat belt. Airbags are most effective when combined with a properly-worn seat belt. The seat belt does a lot of the work of slowing your body down before it even reaches the airbag. If you are not belted, you may be imparting more energy to the airbag system, and there could be adverse consequences. Additionally, all the same guidance for seat belts regarding seating position applies here – if you’re doing anything but sitting upright with your feet on the ground, you may be limiting the airbag’s effectiveness.

Airbags have been shown to reduce injury risk in many different collision modes. Modern vehicles have many different types of airbags, which may include frontal, knee, side, and curtain bags. It is important to recognize that not all airbags are meant to deploy in all types of collisions. For example, if your car was hit in the rear, your body would move rearward relative to the occupant compartment. As such, you would not likely benefit from the steering wheel-mounted frontal airbag because you would be moving away from it.

Your vehicle may contain numerous other features and technologies that keep you safe. From actively-deploying head restraints (i.e., headrests) to specially-designed glass and active safety technologies like forward collision warning and automatic emergency braking – there are many systems out there designed to help reduce injuries in collisions. Do yourself a favor – take a good look at your vehicle’s owner manual and learn about the safety tech it has, and, more importantly, learn how you can do your part to maximize the benefit from these technologies.

No items found.
View AllView Less
View All
back to blog posts